Borders are going to be redone.

University of the Mystical and Mysterious 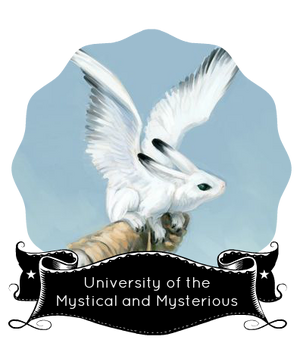 The halls were loud with noise and were like a river of kids as they walked from class to lockers to groups of people to the bathrooms, it seemed chaotic yet seemed organized. People occasionally bumped shoulders with you, but you didn't mind, it was normal at such a crowded school. But the people that did that weren't normal, they weren't just normal humans. They had wings, horns, tails, ears, and features that weren't human. Some seemed like humans, but you could tell that they weren't humans, but people with powers. It was weird and odd, but you belonged here. You were one of these people with powers or special features. This was University of the Mystical and Mysterious and this is to be your new home for the new four years.

Now it's time to choose a side..

Or will you be caught and killed for something you did the one of the murderers?

Join us to find out. And watch your back, mysteries lie everywhere.

- This is fantasy, so features, pets, and all that lovely stuff can be totally unrealistic! Except, please be slightly realistic and don't be totally over-powered

- No opposing gender in a female or male dorm

- Staff or another student should respect the dorm owners' privacy, but will need to enter the dorm when needed. Such as an event of urgency

Where The Students Hang Out + Over Break Lake House

Attendants (Infinite): The attendants are the students that go to this university. They find out who the murder is and try their best to gather evidence to prove they are the murderer and then turn them in. They end up forming a group of friends and tied bonds together.

Murderers (0/3): The murderers are the people that attend the school, but also kill the people inside it. It's normally for jealousy or revenge for something their victim did to them.

Victims (Infinite): The victims are people that do attend the school, but also are killed by the murderers for something they did to them.

The murder is always for a reason..

Theme song (Optional and for fun):

1 of 1
Add photo
Retrieved from "https://university-of-the-mystical-and-mysterious.fandom.com/wiki/University_of_the_Mystical_and_Mysterious?oldid=2479"
Community content is available under CC-BY-SA unless otherwise noted.